At Meyer's Police Canine Training, our mission is to provide the highest level of canine services to law enforcement and military personnel. We accomplish this by fully investing ourselves into your success with your canine. Our staff is comprised of both full time and retired law enforcement officers, with years of experience as active and retired canine handlers and trainers. Law enforcement is a constantly evolving profession, and we provide the best up to date and advanced canine training in the industry. We take pride in the fact we will always take your call 24 hours a day. We understand police work is 24/7, as we should be to answer your questions or concerns. We strive to keep an open relationship with our customers and value the friendships we develop through working together. We select only the best available canines to sell.

All of our canines are worked and trained by our highly experienced staff prior to leaving our facility. We are not interested in selling services or goods we can't put our stamp on. This company was built on the promise between two people to never lie, cheat, or cut corners. It's not about the next sell, it's about the services provided now. 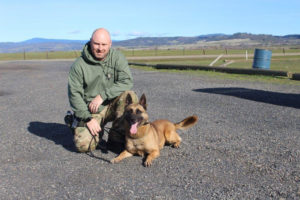 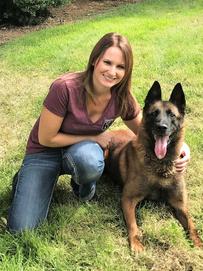 Amie Meyer is the wife of Brad Meyer (Owner) and mother to their two beautiful daughters.  Amie has worked in the office setting since she was 16 years old.  Amie has been a receptionist in different dental offices where she handled many front office duties.  Amie owned and operated her own business for about 7 years.  When Meyer’s Police K9 Training started growing after their 1st year of being in business Amie and Brad decided it was time for Amie to work only for the K9 business.  Amie now works as a business partner to Brad and is in charge of HR. She handles all the accounts payable and accounts receivable for the business.  Amie also coordinates all the courses we offer and is in charge of registration.   While working for Meyer’s Police K9 Training Amie continues to stay active in their daughters lives and loves to come out to all the trainings and courses as much as she can. 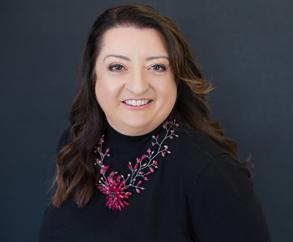 Elizabeth Norton has been a California prosecutor for almost 25 years and an attorney for 27 years. Currently a Supervising Deputy District Attorney assigned to gang and homicide cases, Elizabeth has handled virtually every type of criminal case, including taking two cold 187 cases to verdict with no forensic evidence or murder weapon. In addition, Elizabeth is an expert in narcotics cases, including marijuana and BHO cases.

Elizabeth is a sought after instructor in many subjects. She has taught courses at Cal Northern School of Law, College of the Redwoods, Redwoods Academy (POST Academy) and has provided training in Criminal Law, Search and Seizure, Courtroom Presentation and K9 Law to prosecutors, law enforcement officers and probation officers. She has also given presentations to community members regarding sexual assault and domestic violence.

Elizabeth believes in giving back to the community and has served on many community boards and committees. In addition, since 2008, Elizabeth has coached the Las Plumas High School Mock Trial Team through county and state competitions. She has participated in Teen Court, Reality Check, and Every 15 Minutes, all criminal justice programs for teenagers. She has been recognized by her peers for her dedication to excellence by awarding her Attorney of the Year and was honored by Victim Witness for her dedication in pursuing justice.​​ 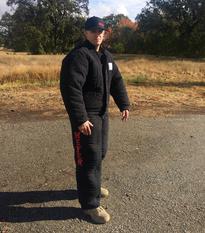 Garrett Snyder has been a police officer at a large Law Enforcement agency in California for 9 years. Garrett started his Law Enforcement career working patrol in the Salinas/Monterey area. Garrett spent the majority of his first 2 years as a motor officer. In addition to regular patrol duties, Garrett was selected and served on the area’s Protective Services Detail (PSD). Garrett participated in numerous motorcades and escorts, and assisted in site security, for multiple dignitaries including Governor Schwarzenegger and the First Lady. Garrett also worked gang enforcement details with the Salinas Police Department Violence Suppression Unit (VSU) and Gang Task Force (GTF), and participated in patrol details for the Hells Angels Hollister/Gilroy rally.

Garrett transferred to Trinity County where he has worked patrol for the last 7 years. During his time in Trinity County, Garrett has been recognized by his Department for his proactive efforts in highway drug trafficking interdiction, with over 1,000 pounds of narcotics seized and over $100,000 dollars of U.S. currency seized through traffic enforcement. Garrett works closely with allied agencies in Trinity County, and has assisted as lethal cover for canine handlers during multiple tracking/trailing deployments through rough forest terrain, resulting in successful apprehension of violent and sometimes armed fleeing felons.

Garrett began working with canines while volunteering as a decoy for the Trinity County Sheriff’s Department. Garrett was invited to, and attended, a Decoy/Agitators class held by a large canine company. At the conclusion of the class, Garrett was offered a regional decoy job by the company. Garrett worked for the large canine company as a regional decoy for almost 2 years, training with many different Law Enforcement agencies and canine trainers throughout the north state. Garrett assisted Brad Meyer in forming Meyer's Police Canine Training and continues to work with Brad.. Garrett has been invited to decoy in numerous police canine trials, including WSPCA. Garrett takes pride in building strong working dogs and regularly makes himself available to assist handlers with demonstrations for schools, police academies, public events, and fund raisers.

Brett Smith was born and raised in Reno, Nevada. In 1980 he moved to Phoenix Arizona to learn professional dog training from Richard Andersen. Brett moved back to Reno in 1981 and opened Sierra Nevada Dog training where he worked with the general public helping them train their dogs for obedience and personal protection for nine years. From 1987 until 1989 Brett was a Reserve Police Officer for Sparks Nevada Police Department.

In 1990 Brett relocated to California because he was hired as a Police Officer for the City of Chico. The Chico Police Department had never had a K9 Unit and Brett was instrumental in establishing it. Brett was Chico's first K9 handler and handled two dogs; Bady from 1996-2003 and Bak from 2004 until 2010. In addition to apprehending dozens of suspects and finding many evidentiary items with his dogs, Brett competed often in Police K9 trials mostly in California but also in Arizona, Nevada and even Canada. During his K9 career, Brett and Bak won over 100 trophies. The highlights of those wins were Top Dog at the 2008 International Police Canine Conference held in Alameda County, 1st place overall at the 2009 Las Vegas Metro Police K9 Trial, and Top Competitor and Top Team for the 2010 W.S.P.C.A. Police K9 trial season. Brett retired from Police work in 2012.

Brett is a trial judge for the Western States Police Canine Association.

From 2010 until 2015 Brett worked for a large company that supplied dogs and training to U.S. Police and Military. His many duties included training K9 teams and traveling to Europe to select dogs.

Brett's passion has always been working with Police dogs and he continues to attend Police K9 conferences to further his knowledge. 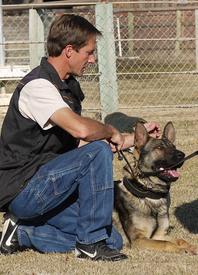 Brian Peterson has been training dogs for nearly 30 years.  But it wasn't until he was introduced to the world of working dogs in 1993 when, acquiring a puppy out of the top scoring protection dog at the World Shutzhund Championships, did he become addicted to protection sports.  Since then he he has trained for and competed in Shutzhund/IPO and Service Dogs Of America (WDA, formerly SDA) trials, earning top honors at events around the country.   He has studied with many of the top protection sports trainers in the US and Europe, along with attending Police K9 seminars and conferences to further develop his skills as a trainer and instructor.

Brian is the current President of Working Dogs of America, a WDA certified trainer and trial decoy/helper, a Shutzhund/IPO certified trial helper, an AKC canine evaluator and an WDA obedience tracking and protection judge.  He is also a member in good standing with the International Association of Canine Professionals.  As a canine behaviorist, Brian is committed to balancing the latest operant and classical conditioning strategies with time-tested training methods to get the most reliable obedience and controlled aggression performance out of each K9. 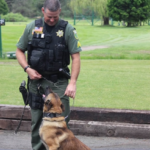 Behr Tharsing is currently a Patrol Commander for Siskiyou County Sheriff’s Department.  He has been with the Sheriff’s Department for over 23 years.  Behr has handled two crossed trained police canines (patrol and narcotics).  He is currently working a crossed trained canine for the last 4 years.  Behr is part of SRT (special response team) and serves as the Manager/Commander.  He also oversees the Department’s Canine program, EOD, SAR (Search and rescue) and the Dive Recovery Team.  Prior to law enforcement Behr was an Intelligence Specialist in the United States Navy.  In 2019 Behr was selected to attend and graduated from the FBI-National Academy.

During Behr’s years of patrol work he was a K9 Handler as a Deputy, Sergeant and now Lieutenant.  He has also trained with numerous canine companies and agencies from all over the state.  He has participated in interdiction which has led to many successful narcotic and cash seizures.  He oversees his departments yearly interdiction enforcement team as well.  He has participated in numerous operations where he and his K9 short haul into remote locations and eradicate marijuana on public and private lands.

Behr has worked with Brad as a regional canine trainer at the same large company for several years, where they trained several Law Enforcement Agencies and conducted monthly trainings as well as yearly certifications. 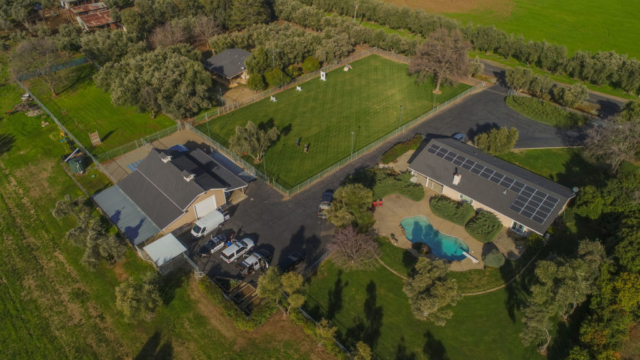 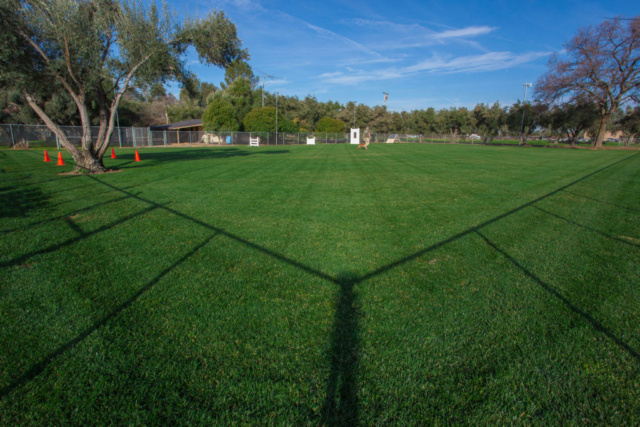 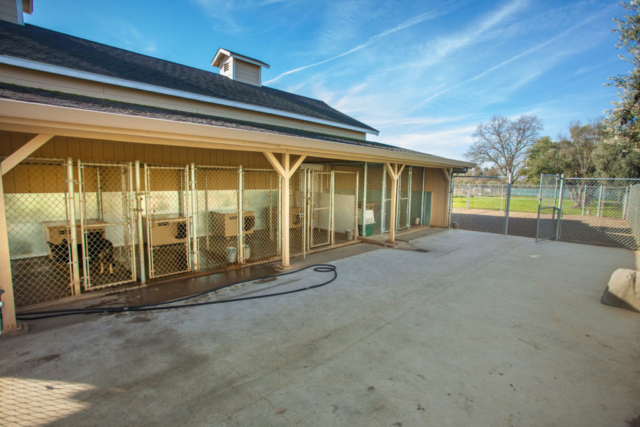 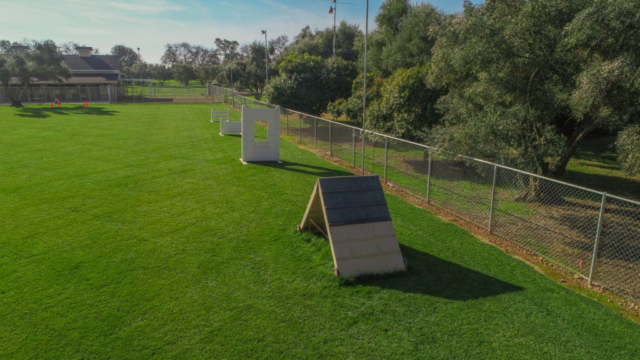 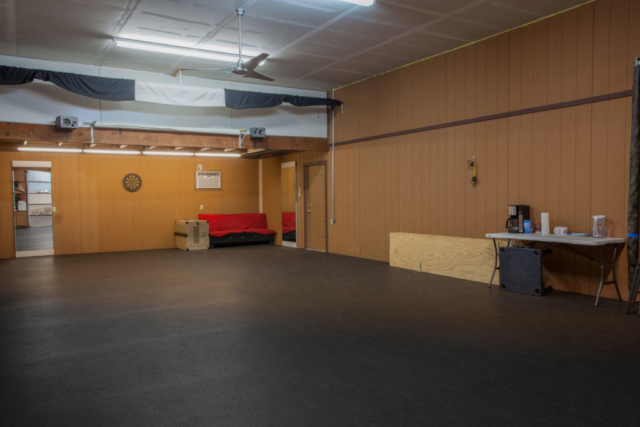 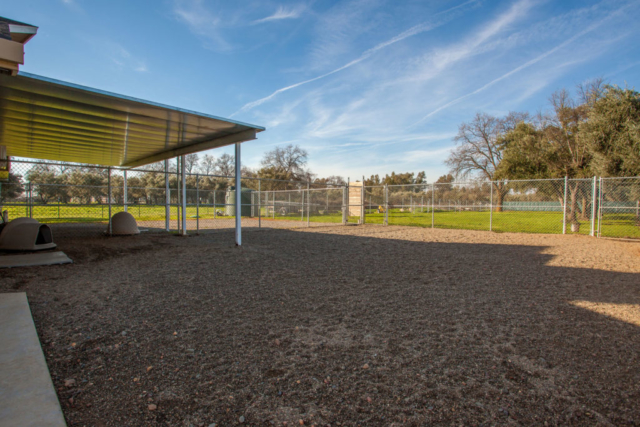 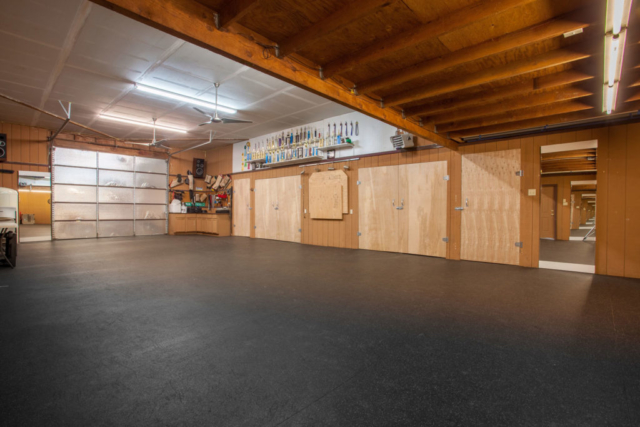 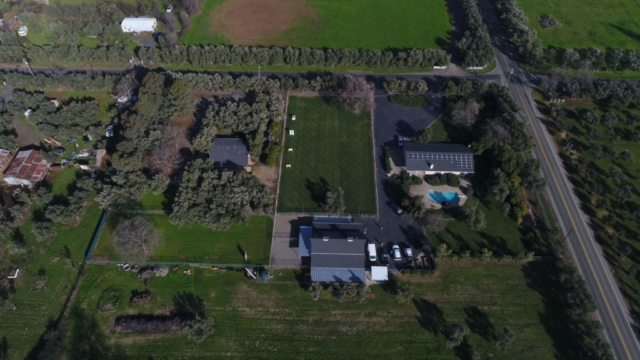 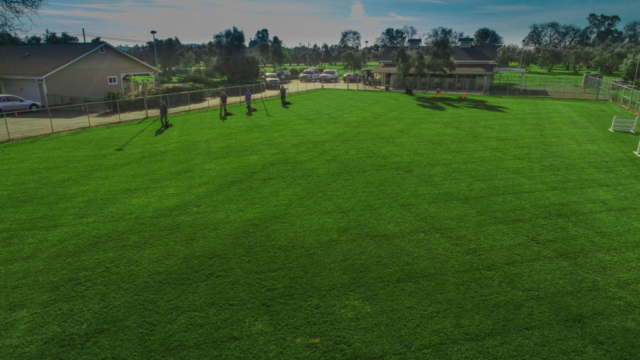 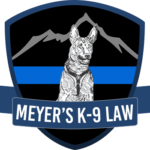